Cyclists are not Extremists 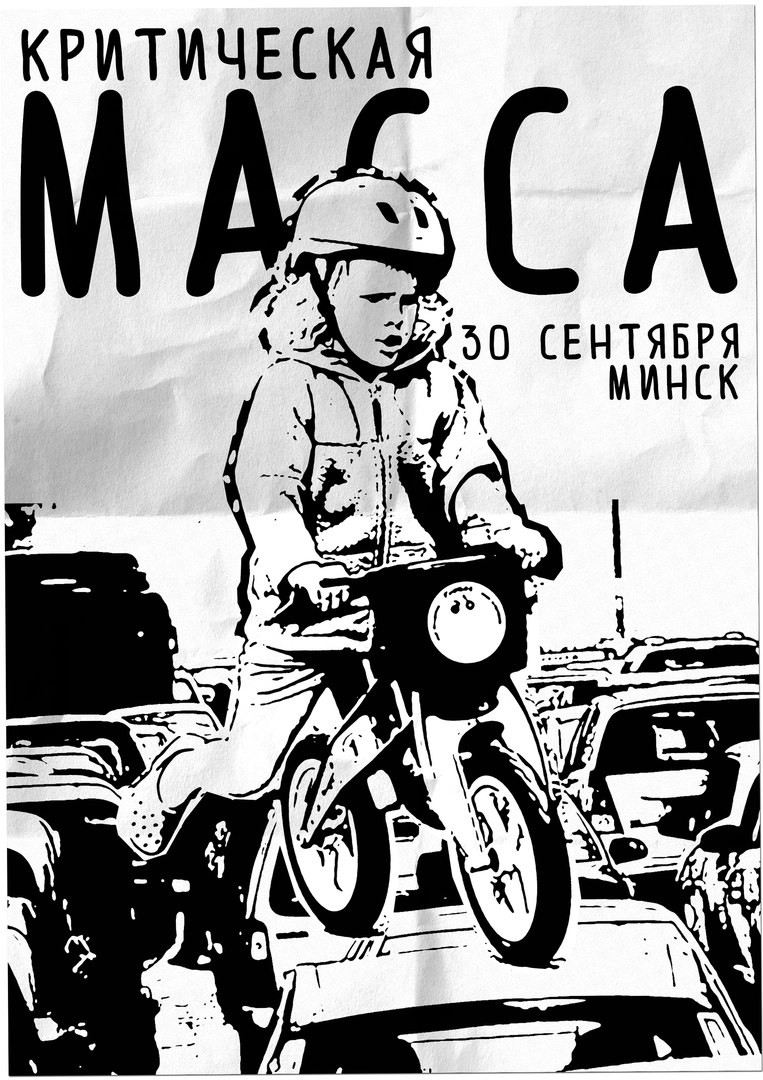 The bicycle action "Critical Mass" has a peaceful ecological character and positive social value. Its purpose - to popularize cycling and to draw attention to the dominance of automobiles in the city.

Critical Mass is held in more than 300 cities around the world usually without conflict with law enforcement agencies. But it sometimes happens that the police are overenthusiastic. For example, in August 2006 in New York City 264 cyclists were arrested for taking part in a Critical Mass demonstration. Later, the city authorities acknowledged that the arrests were erroneous and paid one million dollars in compensation to those who had been arrested.

In April of 2016  a flurry of activity by the Minsk police occurred, and two participants in a Critical Mass ride were arrested. One of them has been released, but the legal position of the second is complicated.

The next "Critical Mass" will be held September 30 at 19:00, starting at the Paris Commune Square (near the Opera House).